At the beginning of 2017, I took part in the annual New Year Plant Hunt – organised by the BSBI, this is an annual event inviting everybody from beginners through to pro’s to walk a route and see how many species they can find in flower. You can read about the results of my Grantham survey from 2017 in this blog post.

I was curious to see how the number of species, as well as the composition, changed through the year. Rather than having a snapshot of what was flowering on the 1st January alone, I’d like to know how long it had been flowering, and how long it would go on. The route I chose to explore further is a portion of the full route I took for the New Year, and is entirely within Grantham town, taking in a walk along the river, through the town centre, out around the train station and across parks and carparks.

I completed the last monthly survey on the 4th December, totalling 12 months of records, and here are the initial results!

In total I recorded 164 species in flower with a peak of 78 different species in June. So far, my first survey (on the relevant portion of the wider transect) in January was the lowest count, with just 24 species. My final walk in December was still turning up 40 different species – some of which were looking much worse for wear after the first frosts.

Coupled with the species accumulation curve – shown in green in the graph above – this pattern supports the idea that most of the flowers you find in the New Year Plant Hunt are likely to be hangers-on from the previous season, or species which flower happily in all seasons such as daisies and dandelions. In January, there are a few new appearances such as winter heliotrope and early snowdrops, but the vast majority have been persisting into the winter rather than appearing during it. There are marked increases in the records of new species, which reach a peak in May/June but this tails to nothing by November and December.

Below is a quick run through some of the groups of species and trends I recorded throughout the year:

These are the species which were recorded every month, give or take the odd one which was usually due to somebody ‘tidying away’ a patch rather than reflecting a lack of flowering! One quite noticable trait from walking the same patch over and over was the reduction in management through the coldest months – I assume that people don’t think of weeds as a problem in the winter, and so I was happily watching opportunists thrive beside pavements and at carpark edges through January to March, until the weather warmed up and they were suddenly noticed and obliterated! Species pictured below are red deadnettle, annual meadowgrass, daisy, petty spurge and yarrow. 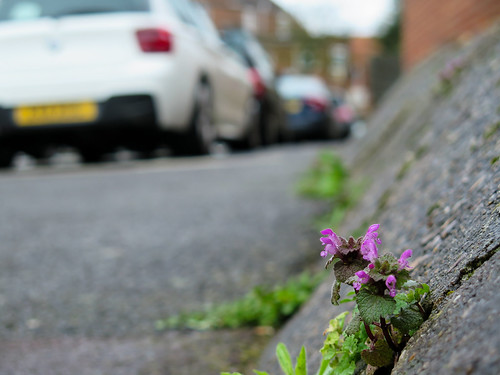 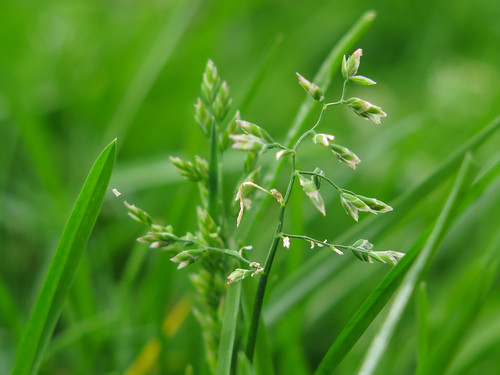 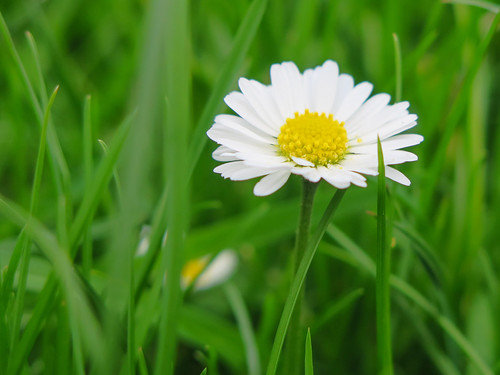 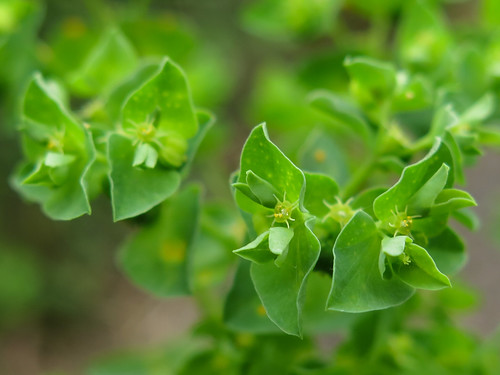 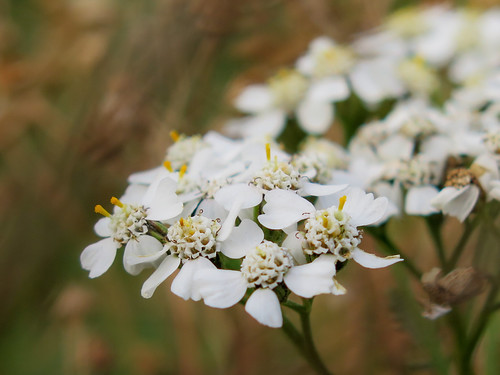 A number of species appeared first in the early spring and quickly disappeared again. Winter heliotrope was the earliest ‘new’ flowerer, followed by the spring bulbs such as snowdrop, crocus and hybrid bluebell (all naturalised) along with primroses, violets and lesser celandine. Pictured below are lesser celandine, lords and ladies, and common whitlow grass. 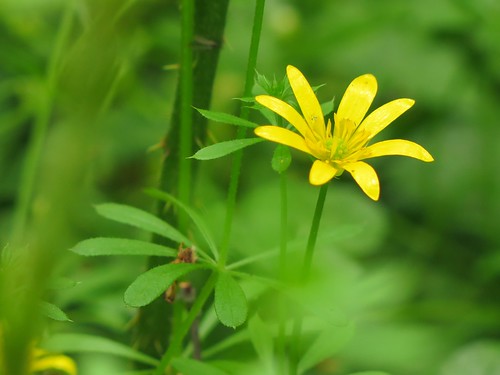 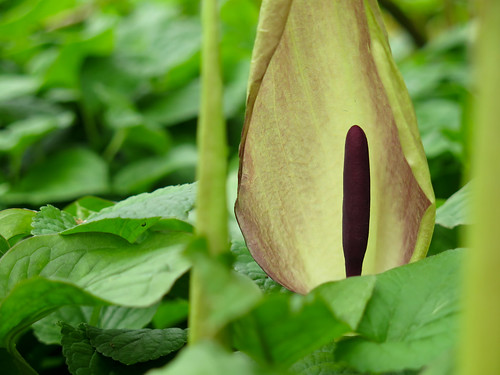 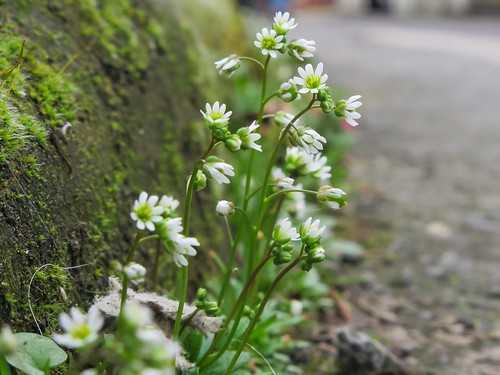 Alongside the Early Birds, or close behind them, were the trees and shrubs scattered through the town. These included some of the earliest new arrivals of the year, such as hazel which appeared in February, through to the later flowering species such as lime which put in its first appearance in June. In between came willows, silver birch, whitebeam, poplar, beech, oak, ash, blackthorn, hawthorn, rowan and alder. Pictured below are hazel, elm and hawthorn. 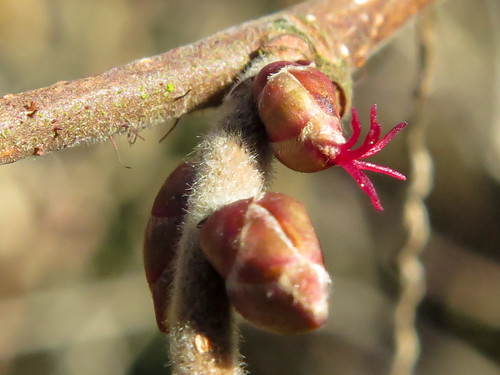 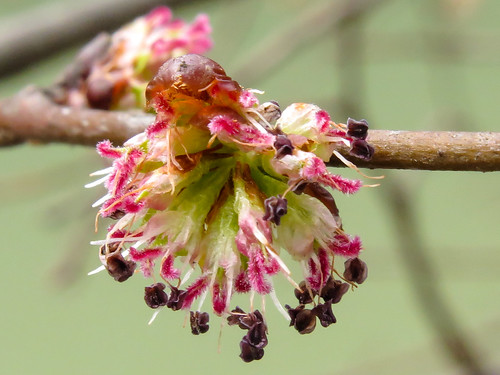 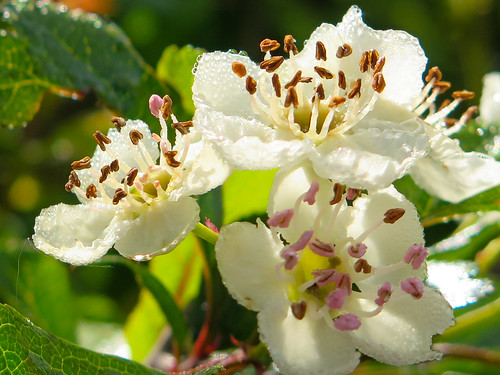 A few species were to be found only in carparks in the centre of town, and here they were fairly constant throughout the year. Interestingly, the species composition of some of these was predominantly non-native: gallant soldier, Guernsey fleabane, Canadian fleabane, snapdragon, red valarian and buddleia to name a few. These sprung up often in the tiniest scraps of soil and were rarely subdued by the occasional cleanup for long, rejuvinating within a month or so. Native species joining the mix here included ivy-leaved toadflax, ragwort, feverfew and hedgerow cranesbill. The latter is pictured below, along with gallant soldier and ragwort. 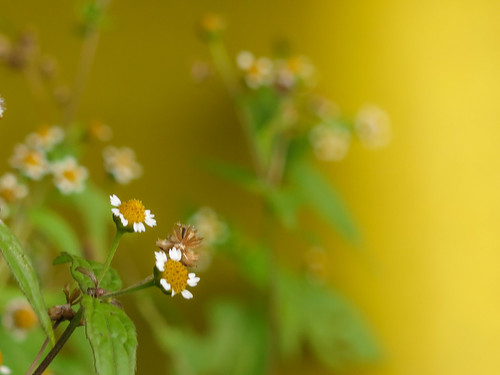 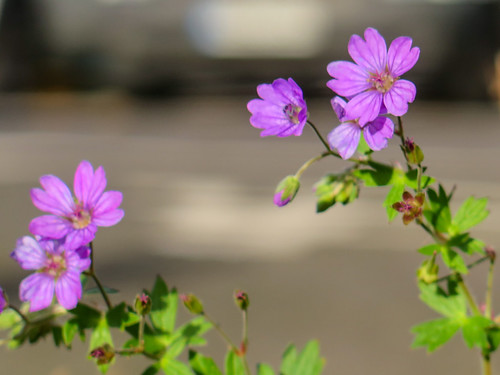 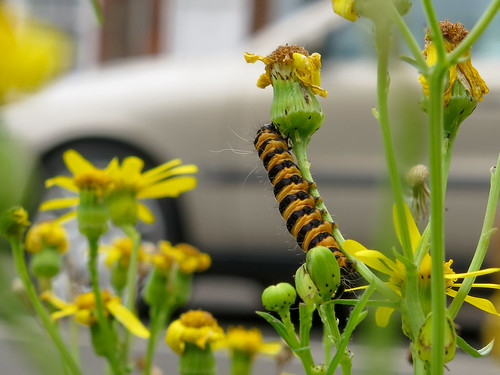 Species which appeared first in May or June, heralding the summer when the highest numbers of species were recorded. These included a range of the more common meadow species which had found a foothold somewhere within the bounds of the town – speedwells, creeping cinquefoil, black medic, goat’s beard and sorrel to name a few. In this list also should be included the grasses – meadow foxtail, cock’s foot, false oat grass and Yorkshire fog for example. Fern grass too was a surprise, flowering within the brickwork just outside the door of our office! Pictured below are a selection of the pinks – herb Robert, red campion and honesty. And poppy, for luck! 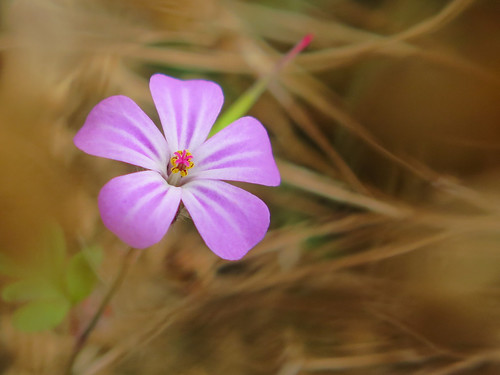 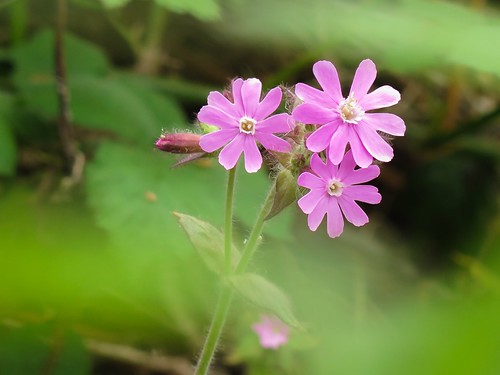 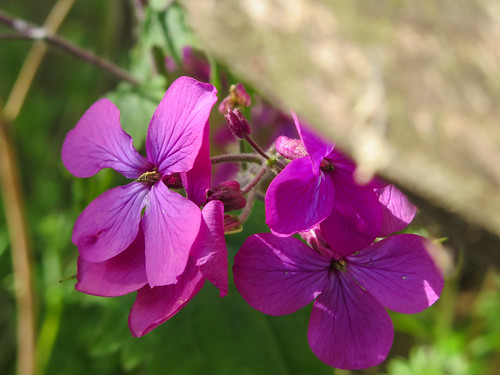 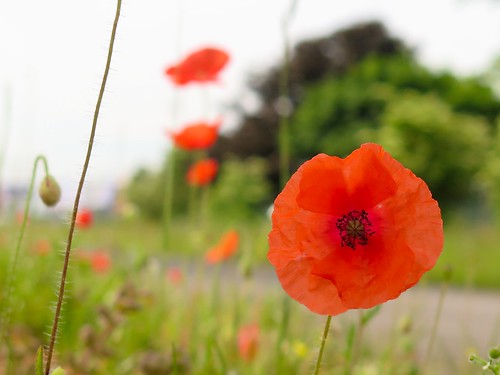 Later summer saw the appearance of some of the most exciting species, to me anyhow! Yellow toadflax and blue fleabane are common in the pavement edges near the train station; elsewhere ivy comes into flower amidst a hum of happy pollinators and naturalised species such as Russian vine – a relative of Japanese knotweed – brightened up the fences the colonise. Other examples include rosebay willowherb and autumn hawkbit. Pictured below are yellow toadflax, blue fleabane and rosebay willowherb. 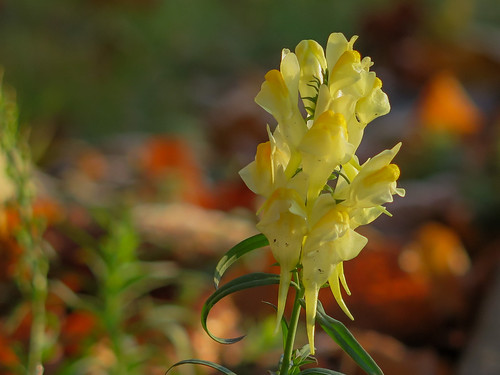 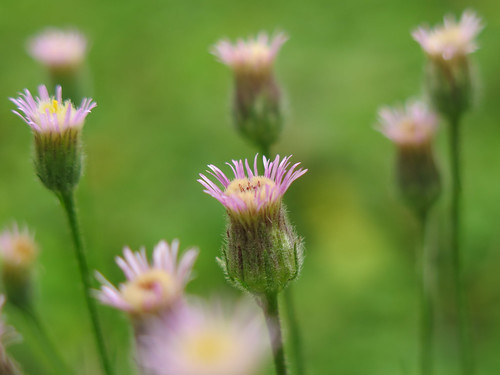 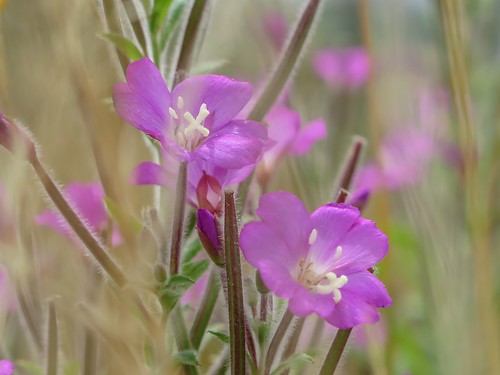 If you’d like to get involved in the New Year Plant Hunt this year, check out the BSBI website for more info! It’s great fun to see what you can find, even in the dead of winter, and even more satisfying to watch the shift as the season progresses.